Is a Ketogenic Diet Effective in Treating Bipolar Disorder?

Some patients with bipolar disorder are reluctant to take medications and may consider alternative therapies such as changing their diets. One diet that has attracted some attention in this field is a ketogenic diet.

What Is A Ketogenic Diet?

A ketogenic diet is a diet comprised of foods that are:

Example of foods that could be consumed on such a diet are:

By consuming this diet, our body produces what are known as ketone bodies and levels of blood glucose drops. The preferred fuel for our cells is glucose. However, in the absence of glucose, most cells have the ability to adopt, and use  ketone bodies as an alternative fuel.

At the moment there are no high-quality studies that prove the effectiveness of ketogenic diets for the treatment of bipolar disorders. However, some, but not all  individuals who have been placed on a ketogenic diet have reported significant mood stabilization.

It is argued that those who have not experienced mood stabilization on a ketogenic diet, have failed to achieve ketosis- a state in which blood ketone bodies rise and blood pH is reduced- perhaps due to their inability to adhere to the diet. The rise in the level of ketone bodies, and the subsequent reduction in blood pH, may be critical to bringing about the therapeutic effects of a ketogenic diet in the treatment of bipolar disorder.

It is worth mentioning that a patient who experienced significant mood stabilization on a ketogenic diet, supplemented her diet with vitamin D and omega-3 fatty acids, and probiotics. It could be argued that it was  the combination of a ketogenic diet together with the aforementioned supplements that led to the observed  clinical improvements in this patient.

How could a ketogenic diet help with bipolar disorder?

Disturbed sleep pattern is a well-recognised feature of mental disorders. Ketogenic diet has been shown to influence sleep quality and as such it is believed that, at least some of its therapeutic effects, could be attributed to changes in sleep quality.

Are There Any Risks Involved?

It is important to note that ketogenic diet is not considered a balanced diet and may lead to nutritional deficiencies if not managed well. It may also lead to potential side effects including:

Ultimately, it all comes down to individual preference, and current health status. The biggest challenge for patients is often adhering to this diet, particularly over long-term. However, if you do wish to try it, we do recommend you consult a medical professional before initiating a ketogenic diet.

At EmotionMatters, our experienced team of therapists can help you through stabilising  your mood. If you are interested in trying a ketogenic diet as an adjunct to your talking therapy,  our Clinical Dietician can provide you with a suitable diet plan.

Book a free assessment call with one our trained team, who can listen to your story and explain how our services can support you.

Let us help you feel better.

Here are some articles and blogs about bipolar disorder 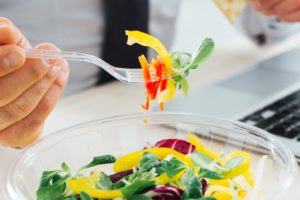 The Role Of Nutrition In Depression 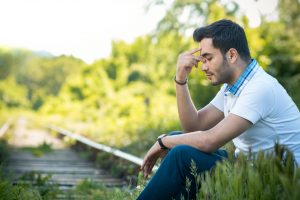 What Are The Signs & Symptoms Of Bipolar Disorder?

Come in and meet one of the team for a Free 30 minute session.

Let us explain how we can help you.

Or simply get in touch with any questions you have.

This website uses cookies so that we can provide you with the best user experience possible. Cookie information is stored in your browser and performs functions such as recognising you when you return to our website and helping our team to understand which sections of the website you find most interesting and useful.

Strictly Necessary Cookie should be enabled at all times so that we can save your preferences for cookie settings.

If you disable this cookie, we will not be able to save your preferences. This means that every time you visit this website you will need to enable or disable cookies again.