Relationship abuse as a whole is defined as “a pattern of abusive and coercive behaviors used to maintain power and control over a former or current intimate partner”, and it can entail any degree of abusive behavior. Abusive relationships are often seen and understood now by the general public as only extreme and truly bad when one’s partner is physically harmful, which makes it easy for people to overlook emotional abuse and harm.

It is important to understand that emotional abuse is equally as unacceptable and often much harder to detect. It is vital to recognise some of the red flags and signs that you or someone you know might be in an emotionally abusive relationship in order to be able to get help if needed.

Constant Feelings of Guilt or Shame

Making fun of their partner or name-calling

Abusers often make mean jokes at their partners’ expense. They might make a mean comment and pass it off as sarcasm or tell you that you’re being “too sensitive”, but are using it to lower your self-esteem.

Gas-lighting is a form of emotional manipulation used by abusers to alter their partners reality for their own personal use. They might claim they never said or did something in order to rewrite the narrative to make themselves look better. The purpose of gas-lighting is to inspire self-doubt in the partner so that they think they are at fault, which is not acceptable and a sign that someone is being mentally abused and manipulated.

Jealousy can become extremely toxic in a relationship if used to control a partner. It becomes a sign of emotional abuse when the abuser gets extremely angry over their partner spending time with someone of the opposite sex or controls their partner’s social media.

Controlling All of their Partner’s Time

While wanting to spend time with your significant other is a normal part of being in a relationship, it becomes toxic when one partner begins to monopolize all their partner’s time and expect them not to spend time with any other people. Cutting someone off from all of their outside relationships can be incredibly detrimental and makes the abused partner feel as though they cannot reach out for help because they have no one to turn to or will be alone without their partner.

False accusations and paranoid thoughts can make a relationship incredibly stressful. Trust is important and when a partner throws accusations, it shows a lack of trust and a toxic level of paranoia.

Blaming All Issues on their Partner

The blame game is a big part of emotional abuse. Abusive partners often blame all the issues in the relationship on their partner in order to not take responsibility themselves. This toxic behavior makes the abused partner in the relationship feel as though they are a bad person and are at fault for all arguments, which takes a toll on one’s mental health.

If you are experiencing symptoms connected to emotional abuse, our psychotherapists and counsellors can provide you with a safe and non-judgmental environment to help you explore your story of abuse, and how it affects you today.

Book a free assessment call with one our trained team, who can listen to your story and explain how our services can support you.

Let us help you feel better.

Here are some articles and blogs about abuse 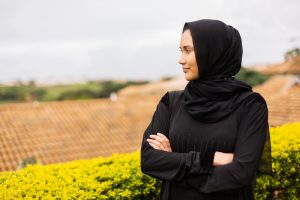 How To Manage Anxiety As We Leave Lockdown 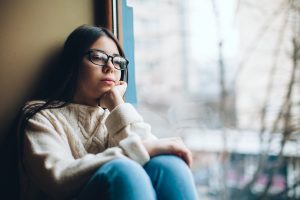 Come in and meet one of the team for a Free 30 minute session.

Let us explain how we can help you.

Or simply get in touch with any questions you have.

This website uses cookies so that we can provide you with the best user experience possible. Cookie information is stored in your browser and performs functions such as recognising you when you return to our website and helping our team to understand which sections of the website you find most interesting and useful.

Strictly Necessary Cookie should be enabled at all times so that we can save your preferences for cookie settings.

If you disable this cookie, we will not be able to save your preferences. This means that every time you visit this website you will need to enable or disable cookies again.